This week I left a comment on Leo’s Blog from China.  This is what I commented:

“Hi Leo! My name is Billy and I’m from the United States.  In the US we have lots of cool holidays and festivals and that’s what I like most about where I live. In your post you said that you like China, but what do you like most about China? Do you like the food, holidays, cities, people etc?”

Space, is the final frontier for us humans. We have explored the vast oceans, searched through the deepest crevices, and have gone to just about every part of our earth. There is little we don’t know about Earth but there is so much we don’t know about the stars. We send our rovers and satellites and astronauts into space learning new things every single day, yet we have barely scratched the surface of the mysteries that elude us.

At night I enjoy looking up into the stars and questioning what we really know.  There could be other beings and life forms on planets complexly different than ours.  They might look just like us or they might look completely different. “They” might not even be there for all we know.  I stare into the stars and it amazes me to know that humans will probably never even make it that far.

In the sixth grade, our school went to a place called Astro Camp located in Idyllwild, California.  The scientists there taught us all about the stars and planets.  I learned so much from the great out doors there. It was amazing to look at the stars because there was no light pollution.  Planets and stars are, in my opinion, the greatest part of nature. 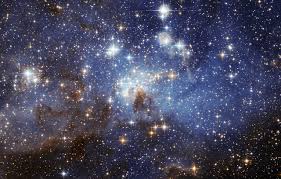 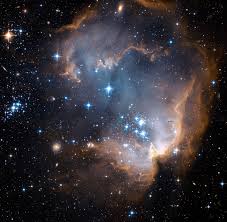 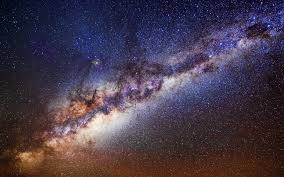 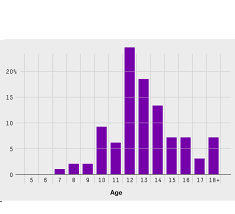 At age do people stop trick-or-treating

I made this post using a website called padlet.  I found this research on google and thought it was very interesting. I didn’t realize how many children stop trick-or-treating at such a young age.  I understand that people grow up and go to party’s but I would always jump at the chance to get free candy! I plan on next year being my last year of trick-or-treating. This will put me with the 13% of kids who also stop when they are 14 years old.

A popular food in the United States is pizza. There are a many different types of pizza that range from the Chicago deep dish to the classic New York pizza.  There are also a variety of toppings that can be baked right on top.  Some of the most popular toppings include, pepperoni, sausage, veggies, and BBQ chicken. My personal favorite is BBQ chicken pizza, which is pizza with BBQ sauce instead of tomato sauce, and chicken on top.  Pizza can be found at almost every type of party from birthday party’s to bar mitzvahs.  Also, you can’t go to one town in the US and not find a pizza restaurant or restaurant that sells pizza.  I think pizza is the most popular food in the US because it can be created to everyones liking. 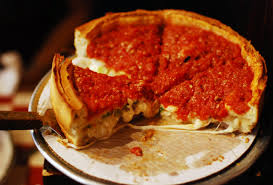 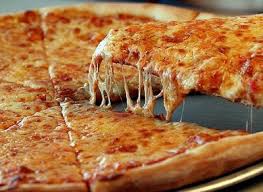 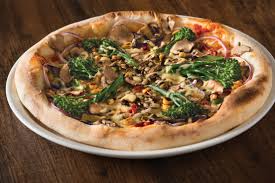 The school lunches at my school can range from delicious to horrid. The delicious part of our school lunches are the Pizza Hut and the Pick Up Stix.  Pizza Hut is a popular fast food pizza chain that can be found all over the US. Pick Up Stix is a locally run Chinese food chain. Pick Up Stix and Pizza Hut are the best options for school lunches. The worst part of our school lunches are almost indescribable.  Chinese food from a restaurant no one has ever heard of before is served everyday except Thursday’s.  The chicken tastes like rubber and garlic mixed together. The rice is full of sticky brown material that is in no way appetizing. I once asked the lunch lady what the brown substance was and she just replied, “It comes with the rice.” I don’t know about her, but I when I want rice, I want rice. I don’t want sticky brown rice wads. Another unappetizing selection is the pasta and sauce. This pasta can sometimes be wet, and sometimes hard. The sauce on top is crusty and chunky. Through my three years of attending my school, I have learned that if I have to buy school lunches then I should stick with the big named labels and not the no named labels.

Here is a survey to find out about different types of foods people like:

On Jasons blog from Korea, I commented, “What types of foods do you like to eat in Korea?”

On Gillian’s blog from Canada, I commented, “In Canada do you also put ketchup on your French fries?” I commented this because he said that they put gravy on fries.

On Caties blog from Australia, I commented, “In the US there is a chocolate dessert called brownies. Do you think that brownies and Lamingtons could be the same thing just with different names.”

On Elins blog from Korea, I commented, “Is Kimchi a type of meat or vegetable?”

For this activity I interviewed my grandpa about his dad.  My grandfather told me all about how he was a short, tough man. He would stand up for any of his friends in a fight and he would even stand up for people he didn’t know.  He said that he cared a lot about America and that’s why he enlisted in the Untied States Army.  He served in WWI and also served 20 years after the war.  He also cared a lot about his family and even though he wasn’t around much because of the army, he always wrote letters and sent fun toys to my grandpa and his brother.  Overall my grandpa said that his father was a very loving and caring man. 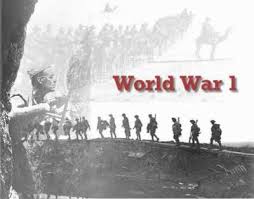 For this activity we were suppose to add a new widget to our blog. I chose the widget Google Search. I chose this because I feel like if someone reading one of my posts doesn’t understand a word or something I said, then I want them to have a quick way to look it up the meaning. This way they can look it up quickly and then continue reading my blog.

So far using Edublogs and images has been a fun experience.  Images truly are worth 1,000 words and they help the reader understand the concept better.  I have also learned that in order to post a picture of an adult, you need their permission first.  I now know how to use the tools to post fun and creative pictures that relate to my topic.